Your browser is not supported. Please update it.

2. FOOTPATHS
Footpaths which cross the course at the 1st, 4th, 5th, 7th, 14th and 18th holes (including that part of the footpath which runs alongside the wall to the 1st green), are deemed to be artificially surfaced. Relief without penalty is permitted in accordance with - Rule 24-2b, (i) (Immovable Obstructions).

4. GROUND UNDER REPAIR
Any areas encircled by a white line are deemed to be Ground Under Repair. Relief may be taken in accordance with Rule 25-1b.

6. PROTECTION OF YOUNG TREES:
If a young tree, identified by a stake interferes with a player's stance or the area of his intended swing, the ball MUST be lifted without penalty and dropped in accordance with the procedure prescribed in Rule 24-2b(i) (Immovable Obstruction). The ball may be cleaned when so lifted.

7. FIXED SPRINKLER HEADS
All fixed sprinkler heads are immovable obstructions and relief from interference by them may be obtained under Rule 24-2. In addition, if such an obstruction on or within two club-lengths of the putting green of the hole being played intervenes on the line of play between the ball and the hole, the player may obtain relief without penalty, as follows: If the ball lies off the putting green but not in a hazard and is within two club-lengths of the intervening obstruction, it may be lifted, cleaned and dropped at the nearest point where the ball lay which a) is not nearer the hole b) avoids such intervention and c) is not in a hazard or on a putting green.

8. WALLS
The retaining walls alongside the 18th green and the car park are an integral part of the course.

10. RELIEF FROM NET WHICH PROTECTS PRACTICE GROUND ADJACENT TO THE 1ST FAIRWAY
If the net interferes with your line of play to the 1st hole, you may drop the ball, without penalty, in the dropping zone provided as long as this does not mean dropping closer to the hole.

MARKER POSTS 150 yards to the centre of the green

NEW LOCAL RULE ELIMINATES PENALTY FOR A PLAYER WHO ACCIDENTALLY CAUSES A BALL TO MOVE ON THE PUTTING GREEN
The following local rule is now available for use at Hallamshire Golf Club. It will not be added to the back of the score cards until they are reprinted.
Rules 18-2, 18-3 and 20-1 are modified as follows:
When a player’s ball lies on the putting green, there is no penalty if the ball or ball-marker is accidentally moved by the player, his partner, his opponent, or any of their caddies or equipment. The moved ball or ball-marker must be replaced as provided in Rules 18-2, 18-3 and 20-1. This Local Rule applies only when the player’s ball or ball-marker lies on the putting green and any movement is accidental.

Note: If it is determined that a player’s ball on the putting green was moved as a result of wind, water or some other natural cause such as the effects of gravity, the ball must be played as it lies from its new location. A ball-marker moved in such circumstances is replaced.
For more information about the new Local Rule, including explanatory diagrams, videos and a detailed question-and-answer document, please visit www.RandA.org.
Attached is a document giving examples of its use. 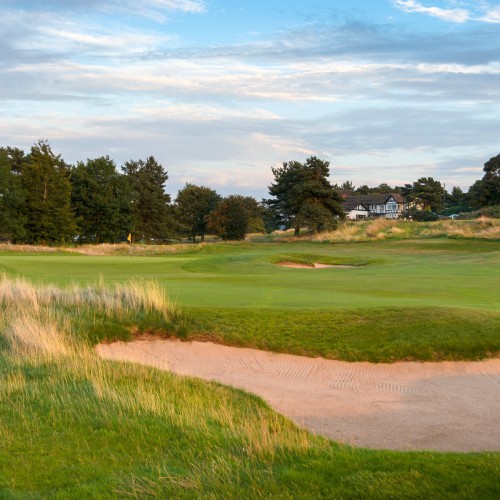 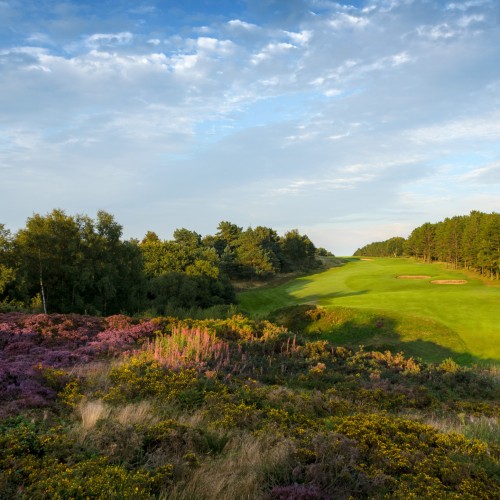